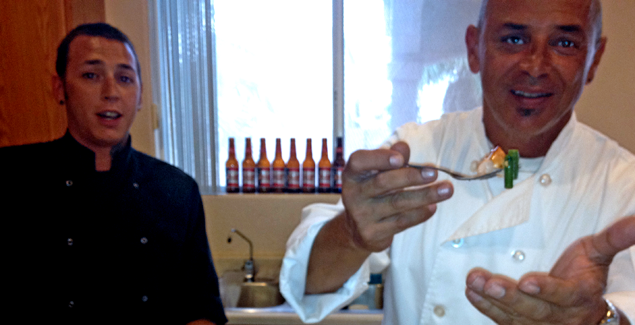 The way to a man’s heart is through his stomach.

This colloquialism was coined to convey a sure-fire-effective method for capturing a man’s favor. Yes, from India to San Francisco, and known the world over, the idea was, if a young lady cooked well, delighting the belly, she was sure to land the man of her dreams. And back then men ate it up (pun intended).

Sadly, those days are gone… 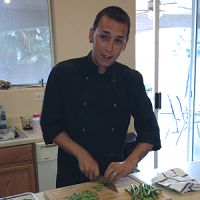 Today’s “empowered” woman is quite pleased to have a man prepare and serve her a wonderful meal complete with all the romantic affects. More to the point, women find it irresistibly sexy to see a man bouncing about the kitchen. By “bouncing about” we mean moving and cooking in an entertaining and animated way. Some even express their appreciation in delightfully naughty ways. We like to think of it as using food as foreplay. 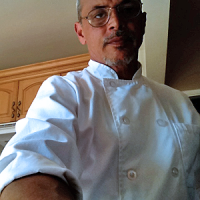 Bad Boys Cooking is a weblog founded in 2011 by Karl Valentine-Rothenberg and AJ Rothenberg, and is aimed at the not-so-refined men of the world (you know who you are). The intent is to expose the social power of cooking and use it in creative ways to garner, among other things, the romantic attention of the ladies and admiration of your buddies (okay so we may lean a bit more to the romantic thing… but you get it. Right?).

Cooking doesn’t have to be a rigid set of rules and precise measurements. Instead, Bad Boys Cooking takes a light hearted and relaxed approach to socializing with food with a slight bent on the unconventional.

We are proudly unrefined, won’t take crap from anyone, and inclined to moderate episodes of recklessness. We are foul-mouthed, leather-wearing, tattoo-covered, rough-around-the-edges guys who happen to have realized the many benefits of cooking in the social context and want to share it with the rest of the world in our own, out of the ordinary ways. Oh… and we’re a father and son team. We have no explanation for pointing that out, but, well, anyway…