Published on September 8, 2012 by Bad Boy Cooking in Commentary, The Rules 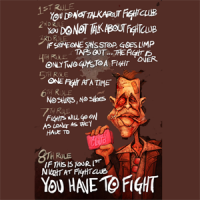 The act of cooking brings with it tremendous social and romantic power.  For the most part, today’s woman loves being served a romantic meal prepared in a fun and animated way, by her man. If all goes well, she expresses her appreciation in delightfully naughty ways. That basic philosophy serves as the basis for this site.

But recent discoveries while exploring the use of food as foreplay, reveal the need for decorum and… well… rules. Here’s what happened…

I’m a single man. I date. Oft times I date several different women at the same time (which really pisses off my daughter but that’s an entirely different discussion). The other night I was enjoying drinks with a rather sweet lookin lady, Susan (not her real name).

“So, tell me about yourself.” Says she.

“I’m a wannabe writer whose learning how to cook… “ says I. “So with my son we started Bad Boys Cooking.”

I told her. Which as it turns out, was a mistake. It would seem Susan was miffed at the notion that men would actually use “cheap tricks” to get women into bed. And she said as much. To that I have two comments:

So, as you may imagine, the rest of the evening didn’t go very well… And while it’s very unlikely I will be cooking a romantic dinner for Susan, this experience, as mentioned above, illuminates the fact that as with Fight Club, we need rules. But since we’re new to learning about and exposing this world of using food as foreplay, the rules aren’t always self-evident. In that case, we are likely to be adding rules as we go along. This post represents the first rule:

At least not with women. You can tell your buddies… hell we want you to you share this shit with your buddies. Just don’t reveal these secrets to the women you’re actually trying to get into bed. Remember, there are some things that are best left unsaid… like the real reason that lone sock is on the floor next to your bed…