Published on June 17, 2012 by Bad Boy Cooking in Commentary 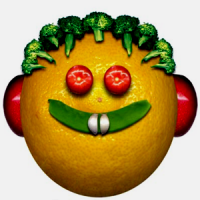 Some people will champion the principle that humans aren’t supposed to eat meat.

We all know them, vegetarians, vegans, and such. “It’s a health thing” or “It’s a be-kind-to-animals” thing. Despite the donning of that oh-so-cute pair of leather boots. Some go so far as to berate you, while you chow-down on that succulent slab of heat-treated animal flesh. Others, with the pomp of a Rhode’s scholar, cite every study known to man supporting their sanctimonious foot-stomping. Others still, are just plain self glorifying assholes who presume to know what MY body wants.

Bah. That’s right, I said it. I’ll even say it again (for absolute clarity)… Bah.

I am an avowed carnivore. Damn proud of it too. Or as my daughter ever so succinctly put it, if it has a face, chances are I’ll eat it. 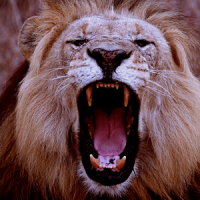 Now listen here. I am not a doctor, nor nutritionist. I’m not going to cite some case study, or parrot what some scientist told me. I don’t pretend to be an authority on food and the human body. I am simply an animal. A kick-ass male animal. And the last time I saw the kick-assest male animal in the animal kingdom, that sombitch was chomping down on the flesh of its latest kill.

Hello? Animal? Meat? Nature? Are you listening? Consider this… there aren’t any scientists in the animal kingdom. Gosh I love nature.

This is not to say I won’t eat grow-food. I do. Hell, have you ever tried Proscuitto-Wrapped Asparagus? There, those evil little pieces of tree actually taste good. It tastes good because it’s cocooned in meat.

But I digress. I will on occasion, consume a bit of plant life. Lentil soup, love it. I remember ex number two making Butternut Squash Soup one thanksgiving. Holy shit I ate that crap, albeit begrudgingly, like it was pure heaven. So it’s not like I’m completely against the edibles that come from dirt. As long as it’s prepared well. But (feel free to quote me), if it doesn’t contain meat, it’s not really food. Just ask a lion.

Time for a burger… or two