Published on November 22, 2012 by Bad Boy Cooking in Commentary 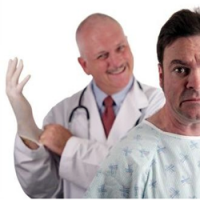 Oh my God… I think I’ve come down with a case of molecular gastronomy.

Now before you run out and bend over for your doctor, relax. It’s not some sort of communicable disease. Really…

Molecular Gastronomy – also known as, Modernist Cuisine  – is actually the science behind cooking. More precisely, it’s the study of the chemical processes that occur in cooking. Ironically, the culinary arts pretty much do the same thing already. Nevertheless, if you know a little about what happens when… you’ll have a bit of a leg up on those who don’t. 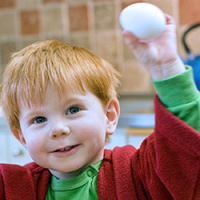 To simplify; consider what goes on inside that shell when you drop an egg into a pot of hot water and let it sit for about ten or so minutes. If you didn’t know doing so would cause the contents of the egg to solidify, you’d never be able to make a boiled egg. Therefore, molecular gastronomy is a part of culinary practice that investigates, explains, and puts to practical use, the physical and chemical results of cooking.

Okay so you may be wondering, why one would allow something as rigid as science be applied to something as imaginative and creative as the culinary arts. Art by definition is the execution of creativity. How does science fit into that?

In our recipe for Seared Ahi, we mention that you should only brush the sauce onto your fish instead of simply dropping it into the bowl to bathe. Did you wonder why? The reason is it would have caused the meet from the fish to over saturate thus causing the protein fibers to separate and become soggy. More precisely, it will have seeped into the fibers of the meat and cause it to become mushy. Which of course would have made your Seared Ahi taste like crap. See? Science just prevented you from screwing up your creativity. Pretty cool huh?

Now there are plenty of resources out on the interwebs relating to molecular gastronomy and modernist cuisine. But one topic that seems to be somewhat neglected is the science behind what the cooked food does to the human body. Sure there are a bunch of medical and nutritional texts out there. But we’re approaching this from the standpoint of simple cooking with the intent of what amounts to a bunch of physical activity. Get it?

So, you have to consider how say, heavy pasta compared to a light salad, or a bug ole hunk of protein plays into energy, lethargy, mood, etc. If you don’t know, look it up. This whole internet is crammed full of all sorts of stuff. Apply that information to your cooking and you will be doing your part to round out the focus of molecular gastronomy and modernist cuisine.